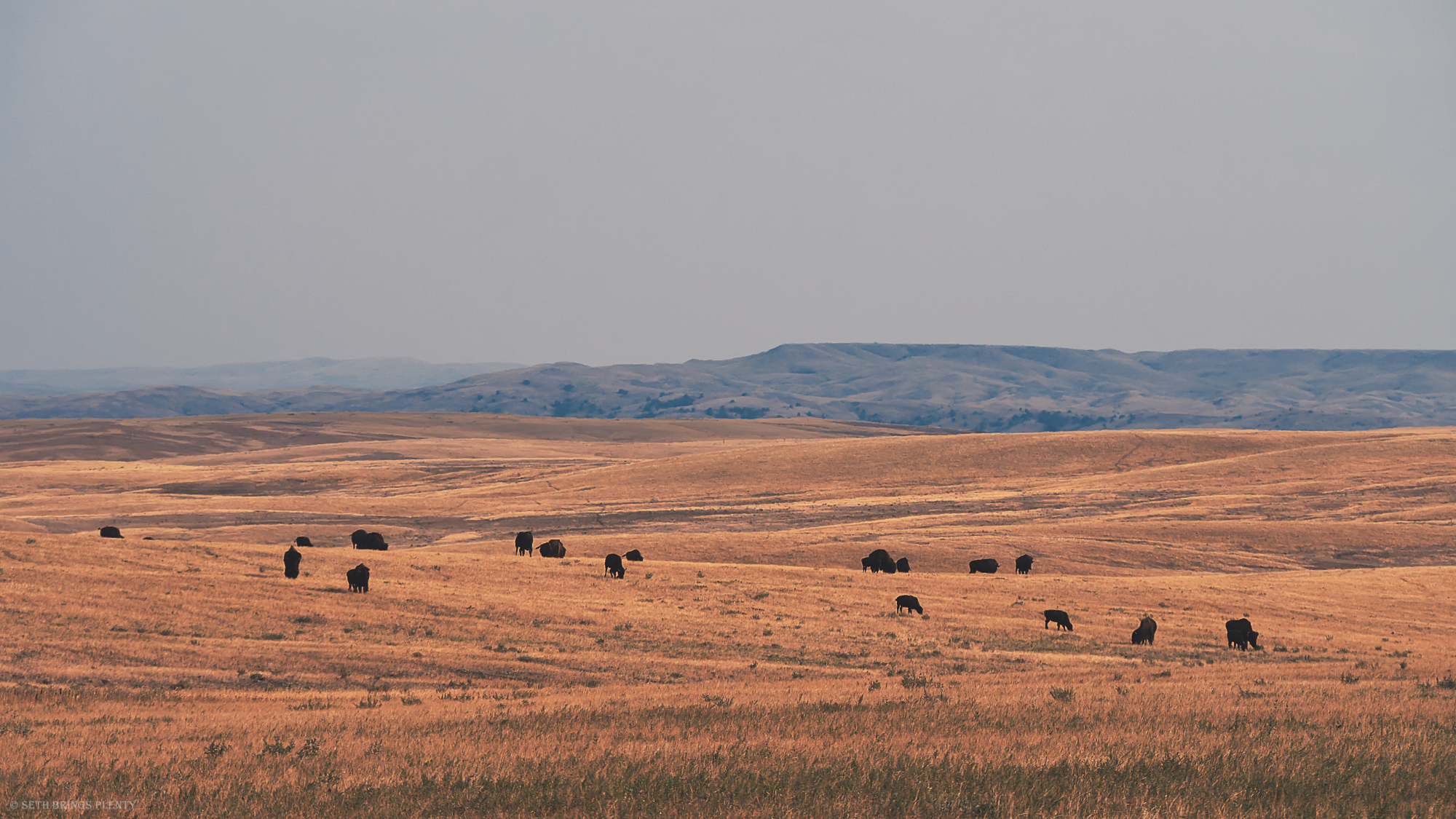 Far away from the hustle and noise of the city, on the Cheyenne River Sioux Reservation in the center of South Dakota, the Farlee Ranch is a Native American-owned and operated buffalo and cattle ranch. The Farlee Family history in the area can be traced back to the days of the Battle of Little Big Horn. Running through Farlee Ranch, is a centuries-old trail known as the Buffalo Trail, which was originally forged by Native Americans as they followed wild game herds and later traveled by fur trappers and frontiersman as they followed their dreams. The trail crosses the Cheyenne River, known by the Lakota as the Wakpá Wašté or Good River, on the south side of the Farlee Ranch, which is also the southern border of the Reservation. In the mid-1800’s Lakota tribal members living on the west side of the Cheyenne River Sioux Reservation journeyed down the Buffalo Trail to receive their monthly government rations.